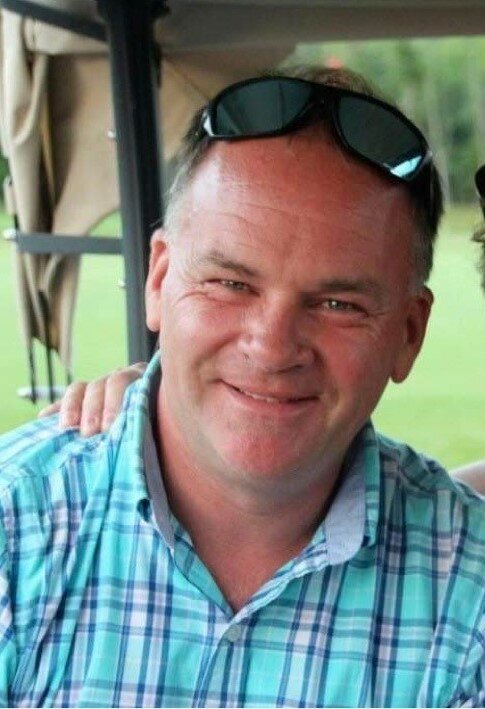 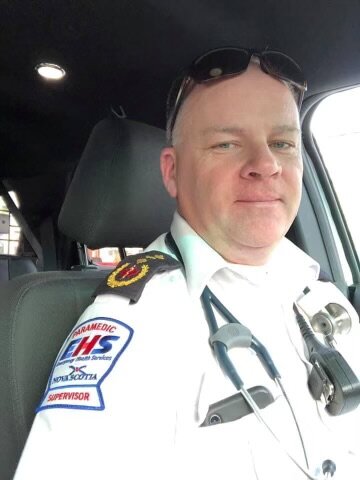 Please share a memory of Ritchie to include in a keepsake book for family and friends.
View Tribute Book

Ritchie Lee Gilby, the man, the myth, the legend. Gilby, as he was affectionately known, died peacefully at home due to a cardiac event on Sunday, January 16th. It is truly hard to imagine a world without our husband, father, son, brother, and friend. We will struggle with the magnitude of this loss as family members and community members at large for many years to come.

Gilby was a pioneer of the modern Emergency Health System that we have here in Nova Scotia. He was the first Nova Scotian, second Canadian to graduate from the Advanced Life Support Institute in New Hampshire. It’s worth noting, he was an early achiever who would often skip school to do ride-alongs with Bartlett’s Ambulance at the ripe age of 16. Throughout his thirty years of service, he eased the pain and suffering of many, saved people from the Grim Reaper, and brought new life into the world. Ritchie was a helper whether that was in his own backyard or travelling the world to places like Trinidad and Tobago where he helped establish a modern ambulance service, and Haiti to volunteer with Team Broken Earth to provide hurricane relief. He was also instrumental in organizing emergency response for Swiss Air Flight 111. Gilby was a preceptor to many, sharing his wisdom and knowledge with countless paramedic students over the years.

Ritchie has had the entrepreneurial spirit since birth. He truly believed he could do anything and proved, in fact, that he could, time and time again. Gilby could literally turn anything into money which prompted his next adventure, owning his own business. Thus began Gilby Construction and most recent, Jerry’s Septic Service.

Above everything, Gilby was a family man. He married his favorite nurse and was a devoted husband to Suzanne for 18 years. Although he often told her to curb the spending, he was quick to forgive, and then make a few purchases of his own. They cherished vacations with the girls, family traditions, hosting events, and were always surrounded by their very large circle of close friends and family. In truth, their love was supportive, kind and will be eternal.

There was no better way to make Ritchie smile than to talk about his girls, Breanna and Megan, or as he affectionately called them, Na and Megs. They were the light of his life, and he was so proud of them. In his own words, “Being the father of two daughters, I constantly tell them they can do anything if they set their minds to it.” The girls loved their quality time on the boat with their dad and Snickers, driving adventures, four-wheeling, time at the camp, and skiing.

To honor Gilby, please take some time from your day to support your community. Help a neighbor, lend a hand and make the world a better place.

Due to COVID, private visitations will be scheduled by family. A private funeral service will be held by invite only in St. Bernard’s Roman Catholic Church, Enfield, Archbishop Martin Currie and Father Michael Walsh officiating.

*** Proof of full vaccination and ID will be required to attend, and face masks must be worn.

A large thank you to EHS for the establishment of an education fund for Ritchie’s girls. Anyone who wishes to honor Ritchie, can contribute to Breanna and Megan’s education fund at East Coast Credit Union, under Suzanne MacDonald-Gilby.

Tributes, words of comfort and memories of Ritchie may be shared with the family at www.ettingerfuneralhome.com

Look inside to read what others have shared
Family and friends are coming together online to create a special keepsake. Every memory left on the online obituary will be automatically included in this book.
View Tribute Book
Share Your Memory of
Ritchie
Upload Your Memory View All Memories
Be the first to upload a memory!
Share A Memory
Plant a Tree