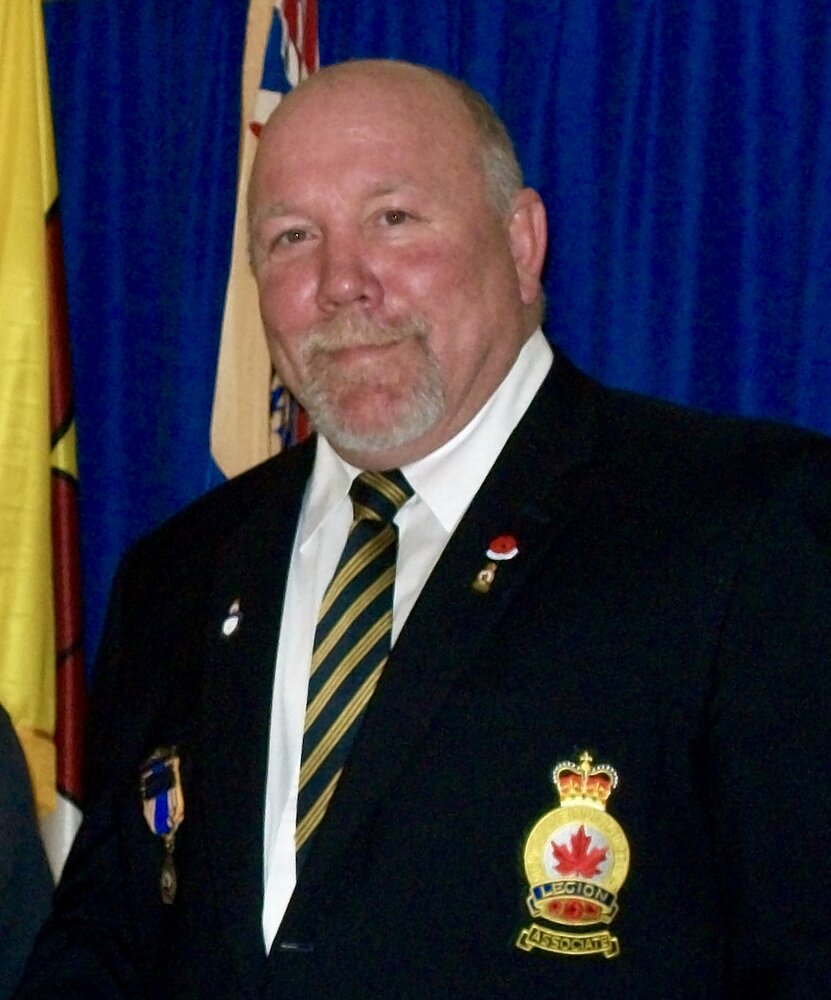 Please share a memory of Derek to include in a keepsake book for family and friends.
View Tribute Book

McCarthy, Derek Eugene - It is with great sadness that we announce the passing of Derek, of Stewiacke, on September 12th, 2022 at the age of 59.  Born in Truro, he was the son of Gary and Joan (Paley) McCarthy.

Derek started his career working with his father as an Electric Motor Repair Technician and throughout the years advanced to many successful positions within the motor industry.  He was a very proud member of the Royal Canadian Legion Branch #70 Stewiacke for 25 years, serving as President from 2012-2015.  Derek always liked to keep busy and enjoyed many different activities such as playing cards, darts, pool, washer toss, baseball, golf and hunting. His love for hockey started at a very young age playing for many different teams over the years.  If you were to ask him who his favorite team was he’d say “ABM” (Anyone But Montreal).  After hanging up his skates he continued his drive for the sport by coaching and helping out with various teams. Then he was able to enjoy watching his grandchildren continue the passion on ice.  Derek was always up for a good time. He loved nothing more than being with his family and friends, enjoying their company and telling stories.  He was a very proud father and grandfather - his daughters and grandchildren were his world.

He is predeceased by his parents and special sister-in-law Sharon McCarthy.

Derek was a very thoughtful and giving man who would do anything for anyone. He was a big teddy bear and the grandkids will miss their Papa very much.

Cremation has taken place under the care and direction of Ettinger Funeral Home in Shubenacadie.  A celebration of life will be held from 6-8pm on Wednesday, September 21st 2022 at the Stewiacke Royal Canadian Legion, with a brief Legion Tribute starting at 6pm.

Donations in Derek’s memory may be made to the Canadian Diabetes Association or Heart and Stroke Foundation of Nova Scotia.

Tributes, words of comfort and memories of Derek may be left for the family at www.ettingerfuneralhome.com