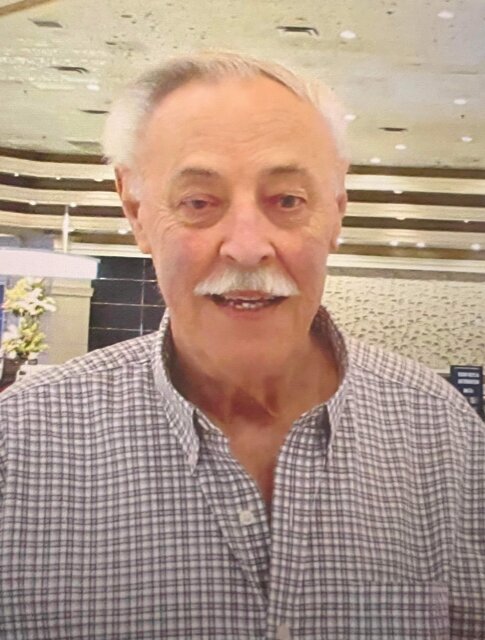 Please share a memory of Dave to include in a keepsake book for family and friends.
View Tribute Book

On July 8, 2022 surrounded by his family, Dave passed away peacefully in the Colchester East Hants Health Center in Truro.

Dave was born in Halifax on November 29, 1946.  He was the first born son to John and Vella McGuire (Thompson) of Windsor Junction, NS.

Dave had a fulfilling life that began well before his retirement from Maritime Tel & Tel (Bell Aliant) in 2012.  Besides spending time with the love of his life and his best friend, Carmel that included an RV trip across Canada and a couple of trips to Las Vegas, Dave also appreciated the simple things like golfing, hunting, fishing, playing cards, hosting family dinners that often had his favourite corned beef and cabbage on the menu and watching war movies. He had a special place in his heart for his nephews.  The handyman, John and his IT guy, Terry.  He appreciated them more than they may realize.   Later in his life he acquired an interest for antique cars; so much that he bought a beautiful 1954 Ford Crestline Victoria.  Dave was a member of the Royal Canadian Legion for 48 years, most recently Montgomery Branch 133, Enfield, NS.  Dave was never too long without a furry friend by his side.  He had a great love for dogs, especially rescues. Scotti is the most recent rescue and is really missing his dad.  He looked forward to his (very) early morning Tim Horton's coffee runs and parking lot chats with the guys in Elmsdale - daily.

Left behind to grieve his loss and to fondly reflect on their life together is his loving wife and very best friend, Carmel (Hill/MacDougall). He is also survived by his daughters, Tammie (Leonard) Boutilier- Dutch Settlement; Tabatha (Rob) Dort-Oxford. Brother, Jerry (Susan) McGuire-Lantz. Stepdaughters, Tabatha (Paul) Sheppard-Enfield; Lea-Ann (Keith) Julian-Shubenacadie.

Besides his parents, Dave was predeceased  by his great nephew, Alex MacPhee.

Dave requested there be no service or celebration of his life.  We fulfilled his final wishes by donating his remains to Dalhousie University for science. In due time, his ashes will be spread at his favourite hunting spot in Nine Mile River.

We cannot thank the First Responders, EHS, the emergency team enough for the prompt medical care that was given to Dave. The entire ICU team went above and beyond for him.  Your professionalism, along with the respect and kindness you gave to us are appreciated more than you'll ever know.  Dr. Shrivatsa & Nurse Alicia, you are experts in your fields and the care and compassion you have for your patients and their families is phenomenal.  We appreciate you all.

Donations in Dave's memory can be made to an animal rescue shelter of your choice.

Tributes, words of comfort and memories of Dave may be shared with the family at www.ettingerfuneralhome.com