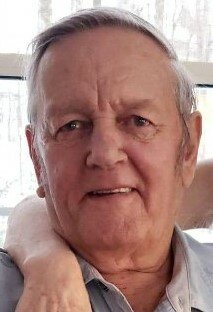 Please share a memory of Wayne to include in a keepsake book for family and friends.
View Tribute Book

MACASKILL, J. WAYNE – 69, Lakelands.  It is with heavy hearts that we announce the passing of our much-loved Husband, Father, Grandfather, Brother.  Wayne passed away peacefully, with dignity on April 29th at home with loved ones by his side.  On September 4th 1952, Wayne was the first of two very special deliveries that day to the late Janie (Laffin) and Percy MacAskill’s home in Kennetcook.

Wayne spent his life working hard from an early age.  Career-wise, he worked his way through the construction industry in roadbuilding.  After schooling he became somewhat known for his skills as a fine grade operator spending years running the grader, dozer and mentoring many future operators along the way.  He was a strong community man, always quietly willing to help those in need.  Wayne was introduced to the Enfield Fire Department by his friend and neighbor, Harold Ledwidge.  Wayne very much enjoyed those years and the friendships his family benefited from through that service commitment.  Wayne quietly but proudly showed his respect and gratitude for the service of the Veterans.  He was a behind-the-limelight type of member, at Branch #133 Legion in Enfield.  For over 35 years the Legion’s Poppy and Remembrance committee benefited from Wayne’s continued dedication to the many small details maybe not noticed but were much needed. Wayne never hesitated to support Christine in building two successful businesses, Tots’ Academy and Serenity Lodge - again quietly helping many people from young to old.  Wayne loved nature.  Outside of work he really enjoyed getting time to head out fishing with his family and friends.  He had a special place in his heart for fishing at Cheticamp Flowage.  Anytime his family and friends were nearby he was in his happy place.  He loved his special place on Piggott Lake and having a spot for people to come and visit.

Besides his parents, Wayne was predeceased by siblings, Robert, Allen and Doreen.

Wayne sure had a lot of gratitude for his McKeen family too.  Special thanks to Michelle and Peter, Alan and Louise and Eleanor and Bill for your very special support to all of us.  Wayne so appreciated having Eleanor on his Palliative care team.  Wayne loved the friendships he had with many of his numerous nieces and nephews.  Wayne had so many good friends that he truly valued.  You know who you are.  He enjoyed each interaction.  He might not have seen you a lot in the last years, but he would light up with smiles of the memories, your phone calls, and visits to find out “how the heck is Wayne MacAskill doing”.

It has been a long journey health wise for Wayne with many life-changing issues especially his amputation in 2018.  In his words… “Heck I could have died that January day in 1976 when I fell off our house that was not backfilled yet”.  Sadly, the diagnosis of Interstitial lung disease on March 24th, 2022, brought Wayne to a palliative care situation.  The family wishes to thank the amazing palliative care team that supported us all. Dr Iain MacNeil and staff, RN Amber Phillips, Dr. David Dupere, Dr. Lindsay Flynn; Care Coordinator Colleen Gibbons; LPN’s Billie Jo Harvey, Melissa Joudrey, Callie Corkum; RN’s Taylor Henderson and Danielle MacLean.

Celebration of Wayne’s life mass will take place at his parish church of St. Bernard’s in Enfield on Friday May 6th, 2022 at 11am.

Tributes, words of comfort, and memories of Wayne may be shared with the family at www.ettingerfuneralhome.com

Look inside to read what others have shared
Family and friends are coming together online to create a special keepsake. Every memory left on the online obituary will be automatically included in this book.
View Tribute Book
Share Your Memory of
Wayne
Upload Your Memory View All Memories
Be the first to upload a memory!
Share A Memory
Plant a Tree