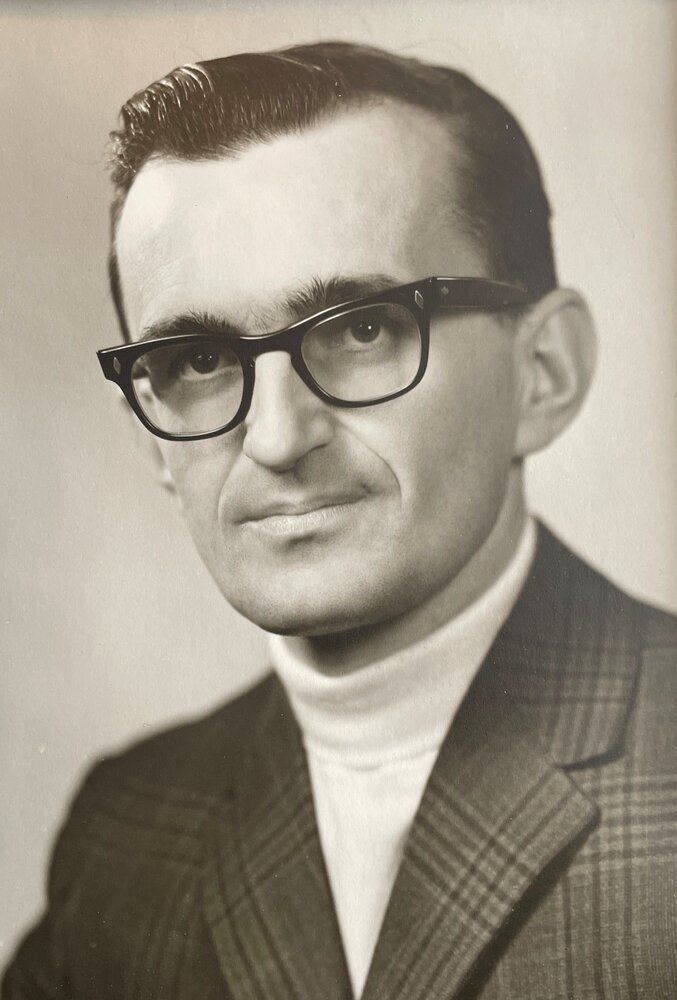 Please share a memory of Wesley to include in a keepsake book for family and friends.
View Tribute Book

GAMBLIN, Wesley Earl William “Wes”  - age 81 of Enfield, passed away peacefully in the QEII Infirmary, Halifax. Born in St. John, NB, he was a son of the late Harry Gamblin and Doris (Jeffries) Clements.

A lifelong business man, he was dedicated to serving the public in retail hardware. Wes had a love of race cars and participated and watched the sport whenever he could. He was an avid yachtsman and was Commodore of the Summerside Yacht Club. Wes was also active in the Kinsmen Club in Summerside and was a 3rd Degree Mason for the Elmsdale Masonic Temple. He was active in coaching minor football in Summerside and enjoyed going out for long walks.

Wes is survived by his brother, Virdon (Fiona); sister, Sharon Lane, Fredericton; NB; he was a much-loved uncle to Kevin and Joanne Lane, Dartmouth, and Carson and Diana Greer, Charlottetown, PEI; he was also an uncle to Carol-Anne (Jim) Green, Ottawa, ON; Sue LeMay, Cathy Awalt and Wes Awalt, all of Ontario; extended family members throughout Nova Scotia, New Brunswick and Prince Edward Island.

Besides his parents, Wes was predeceased by his sister, Carole Kennedy, Ottawa, ON.

Cremation has taken place under the care and direction of Ettinger Funeral Home, Shubenacadie. A private graveside service will be held at a later date.

The family would like to thank the nurses and doctors at 4.1 in the QEII Infirmary and EHS workers as well as Wendy and Mike of Grandbury Place and the staff of Ettinger Funeral Home.

Tributes, words of comfort and memories of Wes may be shared with the family at: www.ettingerfuneralhome.com

Look inside to read what others have shared
Family and friends are coming together online to create a special keepsake. Every memory left on the online obituary will be automatically included in this book.
View Tribute Book
Share Your Memory of
Wesley
Upload Your Memory View All Memories
Be the first to upload a memory!
Share A Memory
Plant a Tree