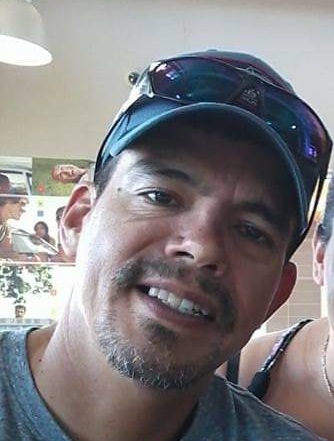 Please share a memory of Mike to include in a keepsake book for family and friends.
View Tribute Book

PETER-PAUL, Michael Gordon– age 52 of Indian Brook, passed away suddenly and tragically on October 15, 2021, off the coast of Yarmouth.  Born in Boston, Massachusetts, he was a son of Valerie (Spencer Wilmot) of Millbrook, and the late Basil Peter-Paul (Jenny Peter Paul, of Eel River Barr).

Mike was an experienced commercial fisherman.  He was a hunting guide, an angler and outdoorsman.  He had many accreditations and was qualified to operate an array of heavy-duty equipment. Most recently he worked for the Chignecto School Board in the transportation department.  Mike had a quick wit, a great sense of humour and was a gifted storyteller.  He played hockey when he was younger and was a big Boston Bruins fan.

Besides his father, he was predeceased by his brother, Terrance.

Cremation has taken place under the care and direction of Ettinger Funeral Home, Shubenacadie.  Visitation will begin at 10 am Thursday October 21 at 472 Robinson Road, Indian Brook until the time of service.  A traditional ceremony will be held 10am Saturday, October 23rd at the Sipekne’katik Arbour.

Tributes, words of comfort and memories of Mike may be shared with the family at www.ettingerfuneralhome.com

Look inside to read what others have shared
Family and friends are coming together online to create a special keepsake. Every memory left on the online obituary will be automatically included in this book.
View Tribute Book
Share Your Memory of
Mike
Upload Your Memory View All Memories
Be the first to upload a memory!
Share A Memory
Plant a Tree