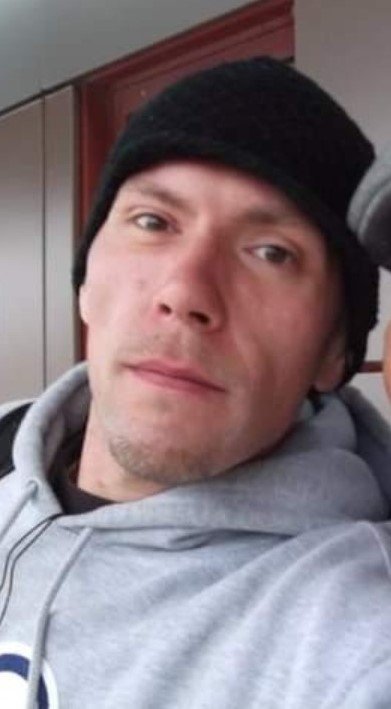 Please share a memory of Bert to include in a keepsake book for family and friends.
View Tribute Book

KNOCKWOOD, Douglas “Bert”- age  42 of Indian Brook. It is with great sadness that we announce the sudden and tragic death of Bert Knockwood.

Bert was always a whirlwind of love, laughter, and memories. Bert was kind, charismatic and a true leader. He loved his friends and family and made all those who were close to him feel so special. Bert never passed judgement on anyone; he would give the shirt off his back if it meant helping someone that he cared for.

He was a person of many talents; he crossed many paths, many people and they inevitably looked up to him. He excelled at his passions and anything he focused his energy into. When he was younger, he was an incredible skateboarder. Winning contests and inspiring other kids to get a board.

He was a talented Martial artist in his early teenage years. This added to his protective spirit, that made anyone in his presence, to feel safe and calm.

Bert always had a love for music and became an incredible and talented bassist. He was able to acquire musical talents with such ease. He was the founder of the band La Cosa Nostra, which had a strong local following. He would later get behind the turntables, under the name of DJ Shinook. Bert went on be a well-known DJ in the Halifax hip hop scene and took a provincial first place at the DMC’s (an International DJ Competition). He was also a talented beat producer and co-founder of the local Hip Hop project Golden Harvest.

Bert had an infectious laugh, that could fill a room. He loved to joke and tease people, relentlessly. He was quick-witted and “smooth” some would say. He had an unmistakable laugh and an unforgettable smile. Bert even had a stubborn streak, but he made it an endearing trait.

Bert loved movies and could watch them for hours on end, he loved to discuss movies and always showed excitement with ones that had lots of action.

He has so much talent, and he learned new skills with such ease. This skill served him well when he would learn about his Mi’kmaq heritage and language from his father, Doug Knockwood. He had a deep connection with his culture, community, family, friends, and everything that he was passionate about.

Sadly, Bert leaves behind his son, Tate Whitman (BC). He is survived by his brother, Bernard Knockwood (Jean); sister, Carol Ann Knockwood (Bill Greene); brothers, Allan Knockwood, Glenn Knockwood (Tanja Antoniak) and Joe (Lorie) Morris. He is also survived by his nieces and nephews and by his girlfriend Clarissa “Claire” Sylliboy, and her girls. He will be missed by his Campbell family in Plaster Rock N.B.

Condolences, words of comfort and memories of Bert may be shared with the family at www.ettingerfuneralhome.com

Look inside to read what others have shared
Family and friends are coming together online to create a special keepsake. Every memory left on the online obituary will be automatically included in this book.
View Tribute Book
Share Your Memory of
Bert
Upload Your Memory View All Memories
Be the first to upload a memory!
Share A Memory
Plant a Tree