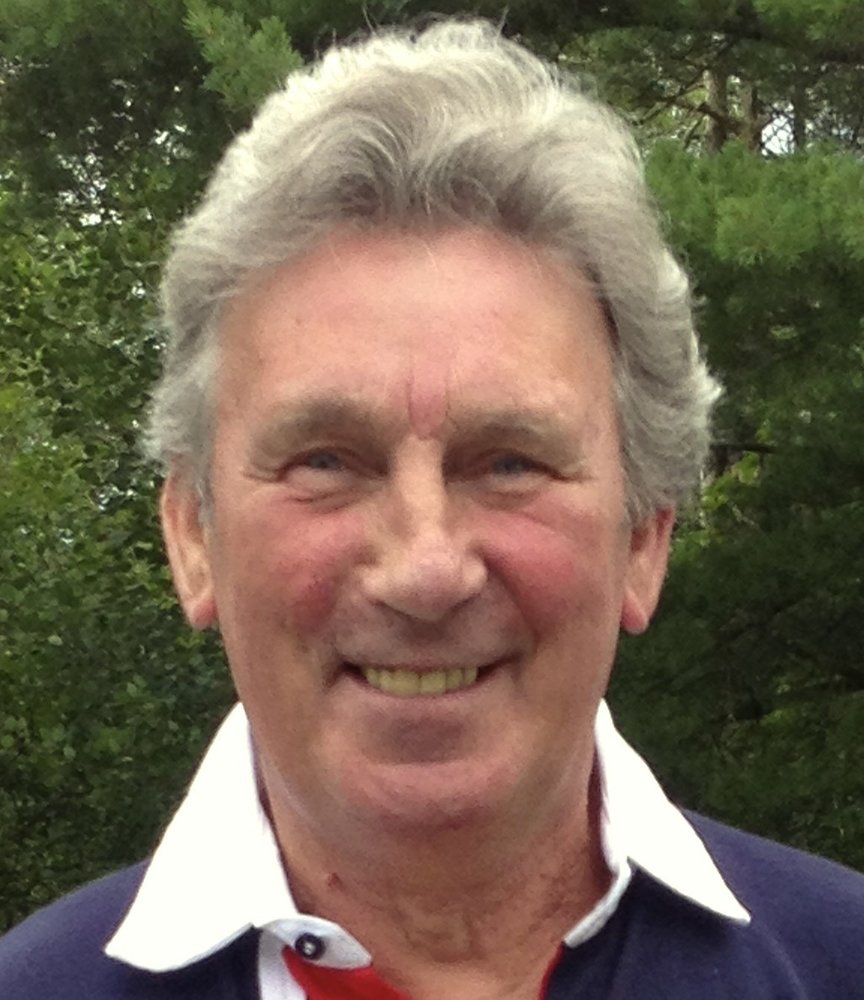 HINSON, Philip James – age 77 of Belnan, passed away on September 27, 2020 in Colchester East Hants Health Centre, Truro.  Born in Hounslow, West London, England, he was a son of the late Peter and Dorothy (Clarke) Hinson.

Philip was a consummate horseman. He joined the British Army at 17. He enlisted in The King's Troop, a ceremonial horse artillery unit in the Household Brigade attached to the monarch. His mentor was Staff Sergeant Ben Jones who was an Olympic team gold medalist in eventing. Philip was the first gunner allowed on the six month Army Equitation Course which he passed in 1967; entrance at that time had been restricted to non-commissioned officers only. Philip left the Army in 1970 with not only his military equitation trade but also the British Horse Society Instructor qualification. He was chief Instructor at the Priory School of Equitation in Farnham, England. Philip answered an advertisement and secured the position for chief instructor at the Greenwood Saddle Club in 1972 which led to him emigrating to Nova Scotia. He later was chief instructor at the Halifax Junior Bengal Lancers from 1974 to 1976; during this period he obtained his Canadian citizenship. He returned to England in 1980 where he joined the Royal Mews, Buckingham Palace, and broke the young carriage horses to saddle and harness as well as taking part in every major royal ceremonial mounted procession from 1982 to 2000 including weddings, state visits and some fifty-odd Trooping the Colours including rehearsals. Philip also sought and received permission to do the Army Equitation B2 exam which he passed (one of only two in the exam to do so).  Philip married Dee, from Halifax, in 1983. On his retirement in 2000 from service in the Royal Household he and Dee returned to Nova Scotia buying a property in Belnan, East Hants where they trained and boarded horses until a few years ago.

Philip could and would ride any breed and try any equestrian discipline. He rode polo ponies (once memorably bridleless around a midnight polo barbecue for a dare), showjumped extensively in the Open Division in Nova Scotia, did tent-pegging in the Army (he once plucked a peg from between the feet  of a daredevil Lancer pupil to her parents' horror), exercised racehorses for fun in his time off including a later Grand National runner, rode airs above the ground at the French Cavalry school in Saumur, France, and even tried saddle seat - once! His all-too-brief forays into carriage driving training resulted in one very special Morgan mare winning Canadian Carriage Driving Morgan of the Year.

He loved aviation and held a private pilot's license comparing it to riding as you had to feel through your seat. Doodling on a guitar or banjo, mashing buttons on the TV remote (to Dee's fury) and cuddling his Jack Russell, Lucinda, were among his favourite hobbies. He was a born raconteur and lit up any room he entered.

He is survived by his wife, Dee; brothers, Stuart (Shirley) and Graham (Novelet); sister, Janet (Bob Kettle); many nieces and nephews both here and in England. He also had many students and friends whose imaginations and goals were encouraged by his great passion for horses, the art of equitation and his zest for life. "Kick on!"

In lieu of flowers donations in Philip’s memory may be made to Hope for Wildlife or to a charity of your choice.

Dee and his family in England would like to sincerely thank the first responders, staff of the QEII Emergency Department, nurses and staff in the East Wing Neurology Unit (Colchester East Hants Health Centre); particularly nurses, Amy and Breagh, and Malcolm in security.

Tributes, words of comfort and memories of Philip may be shared with the family at www.ettingerfuneralhome.com