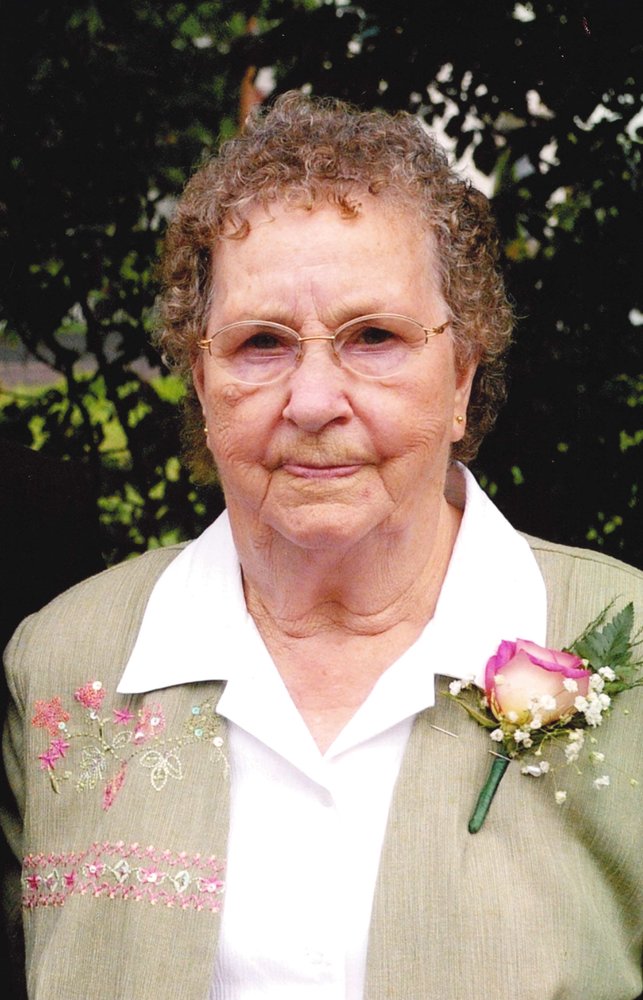 Born in Grand Pre, on April 3rd, 1927, she was a daughter of the late Norman and Maude (Wellwood) Fenton. Ferne was the last surviving member of her immediate family.

Her door was always open. There was always room for one more. She was always caring and putting others above herself. There was nothing Ferne had not done or tried throughout her years. From working on the small family farm of her parents, working in the Metropolitan store as a cashier in Halifax,  Raising her family, cutting and splitting wood, driving dump truck, cooking for Chapels road crew, to looking after her husband and her oldest and youngest sisters until they passed and so much more.  Ferne also had a great love of animals.

Ferne will be greatly missed by her children; Robert (Corrine), Roland (Sheila), Kevin (Barb), Elsie , Shirley (Fred), and many other adopted and chosen children, several grandchildren and great-grandchildren, Acey who helped with the yard for so many years, and her Cat Millie.  She is also survived by many nieces and nephews.

There will be an informal Celebration of Ferne’s Life at 2pm Wednesday, July 8th at Ettinger Funeral Home, Shubenacadie.  Covid-19 protocols will be in place.

A big thank you to Melissa, Homecare, VON, Palliative Care, and to all family and friends who gave so much care to help Ferne remain at home.

In lieu of flowers donations can be made to Hope for Wildlife, 5909 Highway 207 West Chezzetcook, NS B0J 1N0.

Tributes, words of comfort and memories of Ferne may be shared with the family at www.ettingerfuneralhome.com