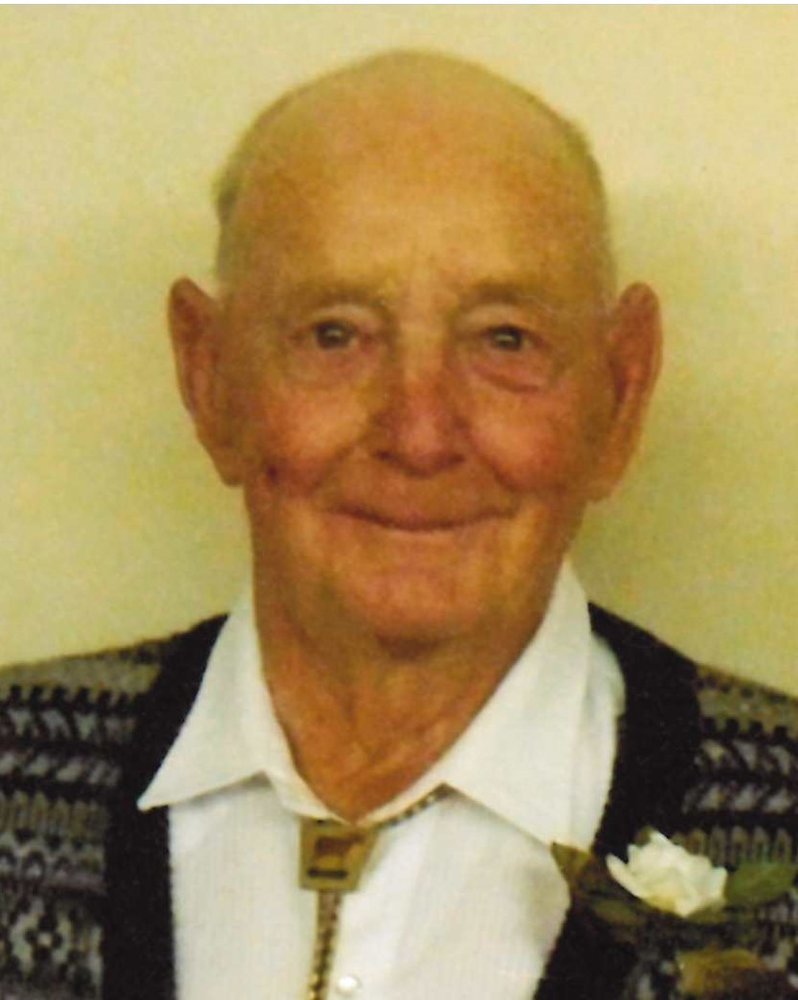 Now that it is possible, family and friends are invited to celebrate Jim’s life.

It is with deep sadness that we announce the passing of James William Bond on May 9, 2020 in the Hants Community Hospital, Windsor. Born on August 14, 1928 he was a son to Harry and Muriel (Custance) Bond of Upper Rawdon.

Jim was an extra-ordinary man, with a memory a mile long. He never looked back after losing his right arm in an accident in his sawmill in 1994. With slight modifications he continued doing all he had ever done before. He was particularly happy rebuilding old tractors from the frame up – (repair and paint). Since 1994 he had completed 18 which included a 1924, just before Christmas 2019. He always said, “There’s nothing you can’t do if you want to do it”. Thus he carried on with logging, trucking and farming. He loved all animals, especially “Beauty” his 15-year-old dog he lost in December. Later, he enjoyed short trips with “Happy Wanderer Tours”, many trips to the Royal Winter Fair in Toronto, also many trips abroad with the World Jersey Conferences.  He especially enjoyed his cross-Canada trip with the Winchcombes.

Jim was a philanthropist, always ready and willing to help anyone. He donated land for Upper Rawdon Fire Department and the Rawdon Hills Health Centre. Jim helped his community in so many ways.

Jim is survived by his loving wife of over 60 years Elsie (Roulston); his son, Peter of Upper Rawdon and grandsons, Thomas and David Rafuse as well as several great grandchildren; special daughter, Mary Jeanne; sister, Mary; brother, Donald (Jean); as well as several nieces and nephews.

Arrangements are under the care and direction of Ettinger Funeral Home, Shubenacadie. A private family burial will be held in the Upper Rawdon Cemetery.

A Celebration of Jim’s life will be held at a later date when Covid-19 restrictions are lifted.

Elsie would like to thank her son, Peter for the many times he has assisted in trips to the hospital, looking after phone calls and in general just being there when needed. Thanks Peter.

Also, a great debt of gratitude to the doctors and nurses of the Hants Community Hospital for their compassionate care and many long calls of information on James. To the many friends who called and dropped food off at the house when times were tough, thank you.

Donations in memory may be made to the Upper Rawdon Cemetery c/o Sarah Withrow 2129 Highway 14, Rawdon, NS B0N 2N0.

Tributes, words of comfort and condolences may be shared with the family at www.ettingerfuneralhome.com

Jim was a man of few words, but when he spoke you knew he had something impactful to say.

Throughout his life, Jim proved time and time again that nothing is impossible.