Sign in
Recommend George's obituary to your friends
Plant A Tree 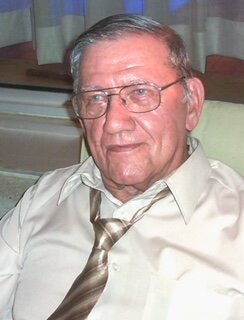 Please share a memory of George to include in a keepsake book for family and friends.
View Tribute Book

GALLANT, George “Leo” of Harbourville, NS.  After a long, happily lived life, Leo left us from Valley Regional Hospital, Kentville, NS on April 23, 2022 to move on to his next adventure.

Born February 17, 1936 in New Glasgow, to the late George & Norma (MacKenzie) Gallant.  Leo enlisted at the age of 16 in the Sapper Apprentice Royal Canadian Engineers and was stationed in Chilliwack, BC & spent 2 years in Germany, NATO Forces 1955-1957.  Then, he was stationed in Camp Petawawa, ON until his release in 1963.  He was a member of Deep River Police in Ontario.  Leo was Sales Supervisor at Eastern Bakeries; worked independently in bakery sales & then worked for Gennoe’s Bakery.  He moved to the Annapolis Valley with his wife Wendy in 1982 & worked for Sarsfield Foods.  After that, Leo became driver/salesperson for Bakers Choice/The Flower Cart in New Minas for 9 years, retiring in 1993.

Leo is survived by his loving wife & best friend of 40 years, Wendy (Hall, Bay), beloved son “Leo”, Barrie, ON (who called almost every day) four grandchildren, Jonathon & Mathew Dykstra & Ashley Grange & Mitchell Gallant, all of ON plus several great grandchildren & many nieces & nephews plus several cousins. Also survived by his stepson, Tim Bay & his family, Parksville, BC, sister (Sue) & Ron Romain, Petawawa, ON, sister-in-law, Susan Gallant, New Glasgow, NS & mother of his children, Marie Gallant, Barrie, ON.  Predeceased by daughter, Susan Dykstra (Nov. 2021) and brother, Craig (Nov. 2018).  Leo was a Catholic and was a past member of Knights of Columbus, New Glasgow & an associate member of United Commercial Travellers, Blomidon Council for many years.  Leo tinkered in his workshop for many of his retirement years completing many projects that people thoroughly enjoyed. Leo loved watching the birds in the back yard & having “a beer on the deck” overlooking our incredible view.  Leo was known for his kindness, gentleness and sense of humour.  Our sadness is mixed with relief that he is now resting in peace.

There will be no funeral service at his request. Visitation will be held at Ettinger Funeral Home, Shubenacadie on Tuesday April 26, 2022  from 2 to 4pm.

Burial will be held in Holy Trinity Anglican Cemetery, Stewiacke.  Donations in memory can be made to Kings SPCA, 1285 County Home Road, Waterville, NS B0P1V0.

Tributes, words of comfort and memories of Leo may be shared with the family at: www.ettingerfuneralhome.com

“Good-bye sweetie, until we meet again.”