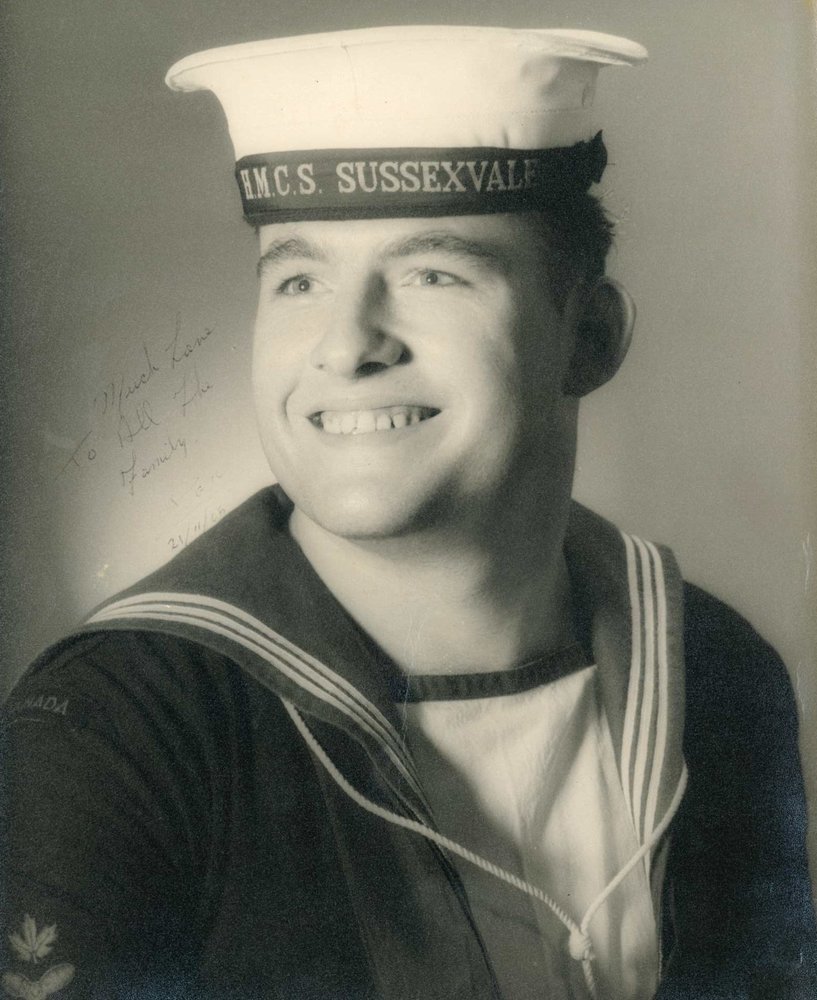 Please share a memory of Donald to include in a keepsake book for family and friends.
View Tribute Book

CALE, Kenneth Donald “Don” – age 74 of Nine Mile River, born in Toronto, ON, to the late Arthur and June (Goodings) Cale.  It is with great sadness that we announce Don’s sudden passing at home on July 17, 2021.

Don entered the Canadian Armed Forces into the Navy at the age of 18, retiring as Petty Officer 1st Class after 31 years of serving his country.  After retirement Don continued serving the community as a member of the Lion’s Club and was always active in helping the community with fundraisers, delivering of medical aids to the elderly and community spring cleanups along with other Lion’s Club activities.  With the same giving spirit, Don donated blood to the Canadian Red Cross on more than 100 occasions. He loved woodworking and made many pieces of furniture for his family and was always there when help was needed with a project.  Over the 20 years he spent with Shirley, they had travelled to Wales tracing Don’s family tree, took many trips to Cuba and Florida on vacation and travelled to British Columbia to visit family.  Their nightly ritual was to sit and watch Jeopardy in which Don was an expert while enjoying having dessert and a cup of tea.

Cremation has taken place under the care and direction of Ettinger Funeral Home, Shubenacadie.  A graveside service will be held at a later date.

Donations in Don’s memory can be made to the Enfield Lion’s Club or to the Canadian Cancer Society.

Tributes, words of comfort and memories of Don may be shared with the family at www.ettingerfuneralhome.com

Share Your Memory of
Donald
Upload Your Memory View All Memories
Be the first to upload a memory!
Share A Memory
Plant a Tree