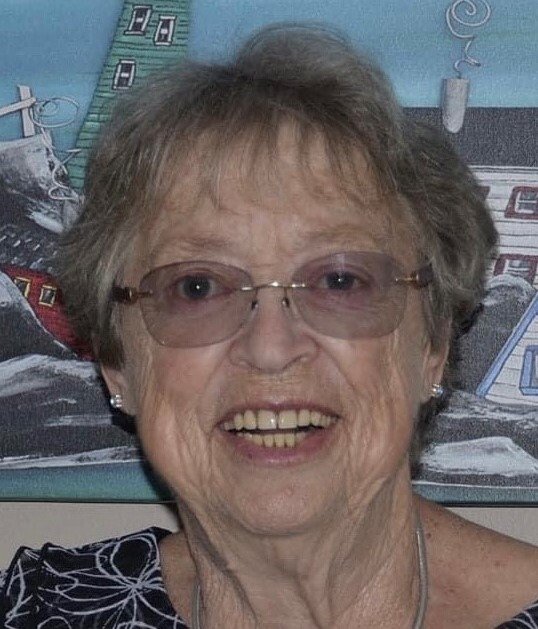 BARTON (McCoy), Ferne Marie - age 80 of Bedford, formerly of Enfield, passed with dignity and grace on April 13, 2021 in QEII, V.G. Site, Halifax.  While overcome by cancer, she did not allow her illness to define her death.  She was born in Ripples, New Brunswick to her parents, Arnold "Bart" and Violet (Atyeo) McCoy.  She was predeceased by her parents and sister, Barb.  Ferne is survived by her loving husband of 63 years, Fred; children, Judy (Ian) McKay, Rod (Helen), Brian (Pam) and Susie Gray.  She deeply adored her 8 grandchildren and 3 great grandchildren and leaves a large empty space in their hearts to be filled with memories of her love and generosity. Ferne is also survived by her siblings, Paul (Pat), Pauline (Gene), Ron (Iris), Mary (Murray) and Marg along with many nieces and nephews and a large extended family.  All were loved dearly.

Because family was so important to Ferne, she was disappointed that she was unable get together physically this past year with loved ones in New Brunswick and further afield.

Ferne loved to garden and enjoyed every minute she could spend outdoors exercising her green thumb.  Her gardening skills were developed early, growing up on the family farm and representing New Brunswick 4H clubs at the Royal Winter Fair in Toronto.  Many have enjoyed her magazine worthy gardens at their home in Enfield. Some have asked “Who’s your gardener?”. She was an active member of Riverview United Church in Elmsdale and gave generously of her time and energy with UCW and volunteering at Dorca’s thrift shop.  Ferne was an active Red Hat member and Queen of her group. What fun she spent with her special friends. Another talent was expressing her artistic ability through painting. Family and friends who have received one of her works will cherish them always. There are a number of paintings that she had been working on of late, evidence of her optimistic outlook on life.

She and Fred traveled extensively covering the globe from Peru to Finland, Alaska to African safaris, river cruises in Europe, a trip on the Orient Express, as well as visits to Japan and China.  Spending winters in Florida during retirement allowed Ferne to enjoy gardening year round.  Ferne and Fred were long time members of the Truro Gyro Club.  Valued friendships have been made throughout the years.

Cremation has taken place under the care and direction of Ettinger Funeral Home, Shubenacadie.  Visitation will be held 2-5PM and 7-9PM Monday, April 19th in Riverview United Church, 760 Highway 2, Elmsdale from where a funeral service will be held 2PM Tuesday, April 20th, Rev. Kim Curlett officiating. COVID-19 protocols will be in place and due to provincial limitations the funeral is by invitation only.  Live streaming of the service will be available at: https://www.facebook.com/ElmsdaleCooperativeMinistry/live/

In Lieu of flowers donations in Ferne's memory may be made to the Riverview United Church Building Fund.  Sincere gratitude to all who have supported Ferne and her family at this time and through her cancer journey.

Tributes, memories and condolences may be sent by visiting www.ettingerfuneralhome.com