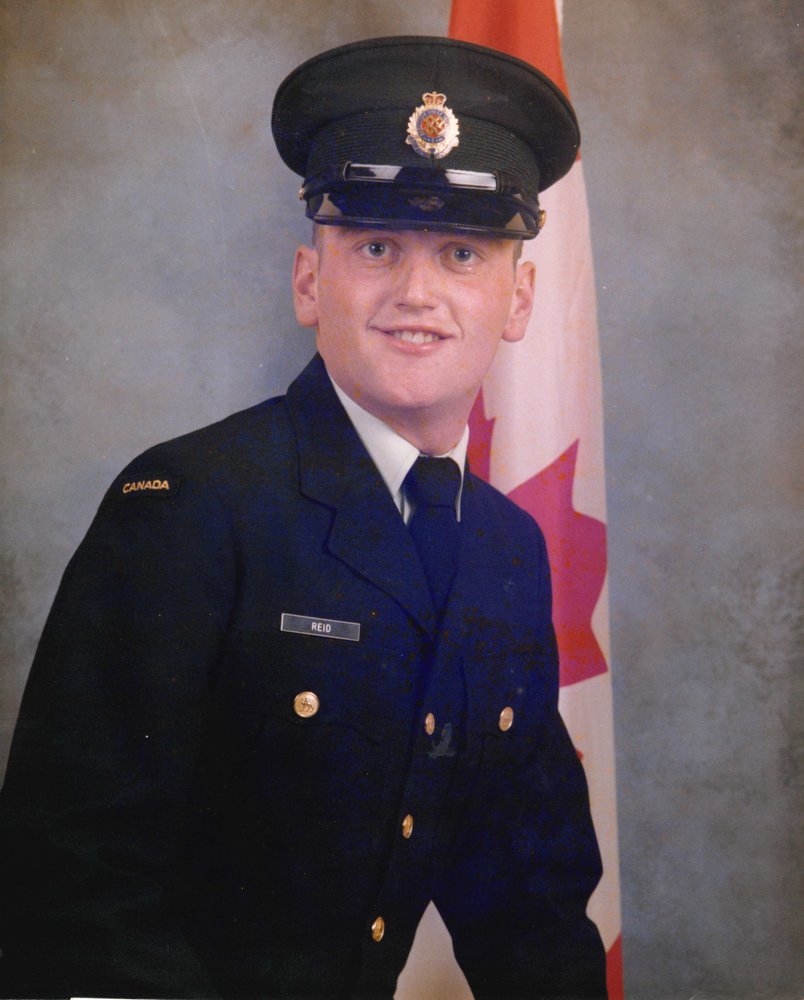 REID, Tony William – age 61, of Lower Sackville, formerly of Corner Brook, Newfoundland. It is with an overwhelming heart that we share with you our loss of a husband, father, brother and friend.

Tony passed away peacefully at home on Saturday, June 13th, 2020 surrounded by his wife and son.  Born in Corner Brook, NL, he was a son of the late Gordon and Lottie (McWhirter) Reid.

He was predeceased by his younger brother, Harold.

Tony served in the Canadian Military for 28 1/2 years before his retirement. He spent a year of this time in the Gulf War serving our country on the HMCS Athabascan. He also sailed on the HMCS Montreal, HMCS Margaree and HMCS Preserver. He worked as a civilian for the military for three additional years. Tony enjoyed life at his fullest. His special friend and companion was his dog, Shiloh.  He will be dearly missed by his friends, Brian (Michele), Steve (Darlene) and Jerry (Holly). Tony enjoyed spending time on his computer, playing tv bingo and playing games. He especially enjoyed watching the hockey games with his son and wrestling matches with his wife, which truly entertained him with lots of laughter.

We would like to acknowledge special thanks to the VON and CBI Home Health for all of their kindness during Tony’s illness.

Cremation has taken place under the care and direction of Ettinger Funeral Home, Shubenacadie.

A celebration of life will be held at a later date.

Tributes, words of comfort and memories of Tony may be shared with the family at: www.ettingerfuneralhome.com

A celebration of life will be held at a later date.
Share Your Memory of
Tony
Upload Your Memory View All Memories
Be the first to upload a memory!
Share A Memory
Plant a Tree