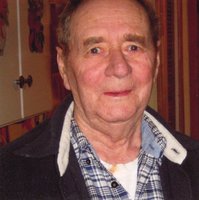 HURSHMAN, William Francis “Bill”, age 85 of Stewiacke, passed away peacefully at Colchester East Hants Health Centre, Truro.  Born in Queensland, he was a son of the late William and Bridgett (Leahy) Hurshman.

Bill enjoyed woodworking, gardening and traveling.  He was a very hard worker having been employed as a refueler at the Halifax International Airport.  He had also worked for many years for Gulf, delivering home heating fuel.  Bill also drove delivery trucks for Ben’s Bread and was an assistant manager for a grocery store in Enfield.  Bill loved being outdoors and fishing.  He was a devoted husband, father and grandfather.

Besides his parents, he was predeceased by his son, Steve, granddaughter Deborah.

Cremation has taken place under the care and direction of Ettinger Funeral Home, Shubenacadie.  Donations in Bill’s memory may be made to a charity of choice.

Tributes, words of comfort and memories of Bill may be shared with the family at www.ettingerfuneralhome.com